Click here to fill out your estimate of giving online

You do not need a mySaintJohn's account on Realm to use this pledge form. We will simply ask for your name and email if you don't have a log-in.

After submitting your estimate of giving, you may check the box that says, "Add an online gift to fulfill this pledge." A pop-up will appear allowing you to create a reoccurring gift and to input your credit card information which will be stored in the secured system.

If we have your address, you will receive the card with a prayer in the mail as well. Reach out to the church office if you have questions. 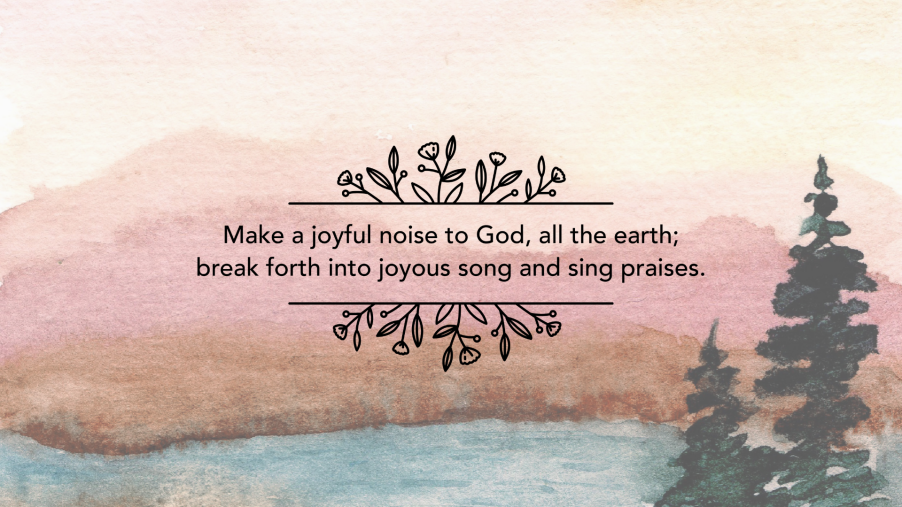 Your Generosity at Work

Lyn Loeffler spoke on Sunday, August 8th about how giving to Saint John's impacts our community.

We invite you to give in person during our Sunday service.

It's quick and easy to give securely through our online system

Text “SJUMC” to 73256 on your smartphone and follow the prompts.

Mail a check to the church

We are now able to accept donations via Crypto currency

Huston-Tillotson University, Austin's only Historically Black College or University and oldest institution of higher learning, was founded 147 years ago. Samuel Huston College and Tillotson College were created, a decade after the Emancipation Proclamation, through the efforts of The United Methodist Church and the Church of Christ to provide African American men and women the opportunity to write and read.

Today, under the leadership of recently appointed President and CEO Dr. Melva K. Williams, Huston-Tillotson University still serves the unique role of educating marginalized students in an environment that supports and empowers student academic excellence and elevates the culture and history of Black Americans. Huston-Tillotson, with a student population of just over 1000 students, is situated atop of Bluebonnet Hill in historic East Austin. Demographically, 38% of the students at Huston-Tillotson are first-generation, 76% are Pell-eligible, and 92% are African American and/or Hispanic.

Academically, the university offers associate and bachelor degrees and, in recent years, added an MBA program. Additionally, HT has successfully onboarded an adult degree program that caters to non-traditional students and working adults. A voice and a beacon for racial equity and social justice, Huston-Tillotson students are cultivated to serve their communities during their matriculation and after graduation as contributing members of their local and global communities.

What is the “General Fund” offering?

What is the “Communion Rail” offering?

On the first Sunday of the month, communion is offered in worship. After each person receives the communion elements, each person is invited to pray or meditate at the altar rail. If you so choose, you may leave a small financial token at the altar rail. Each month a different mission initiative is selected to receive the offerings gathered at the rail. The pre-selected mission initiative will be announced in the service and that week’s newsletter.

What is the Saint John’s Endowment Fund?

The Endowment Fund of Saint John's was established in 1976 to provide members and friends of the church the opportunity to make charitable gifts to a permanent endowment of financial support. By including Saint John's in your will or estate plans, you can significantly strengthen our church's vital mission both locally and around the world. Grants from this fund support many strategic plan initiatives around our community. Click Here to read our FAQs about the Endowment Fund.

Wh at are other options for giving?

Other opportunities for giving are made available from time to time. Visit our website regularly to find ways you may give so we may create a community where God's love changes people and God's people change the world.

Who do I contact if I want more information about giving?
Please contact Jennifer Heath, Interim Business Administrator, by email or by calling or 512-452-5737 x 225.